I have just realized tonight that I've been sitting on all kinds of posts that I thought I'd already published. Expect updates, finally!

When I have to be away from my beloved Kinesis Advantage 2, with its glorious blank keycaps and Dvorak keymap, I find myself on one of two MacBooks for work. As many others have noted, the Caps Lock key is a pox upon keyboard everywhere, and I universally rebind it to Control: 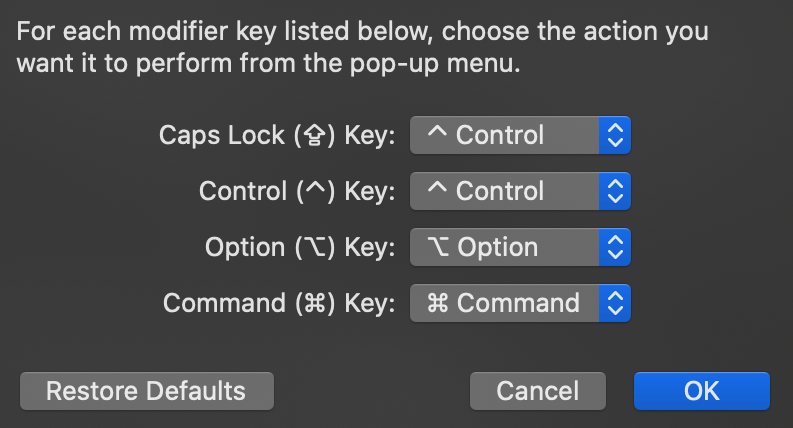 My muscle memory on normal, lame keyboard also expects to find Alt (Meta) just to the left of the space bar, to I take care of that with a bit of Elisp: